Apple today launched a new Apple Music web experience, which is available to all users in a beta capacity. The Apple Music website is similar to the Apple Music app on Macs, offering up dedicated "For You," "Browse," and Radio" sections, along with playlists, recommendations, and more. Apple Music users can sign in to Apple Music to access their customized content, and Apple is offering free trials for those who are new to the service. You do need to sign up for Apple Music through Android, iOS, or Mac, as at the current time, there is no option to sign up on the web. Apple does plan to offer web signups in the future. Content played on Apple Music for web plays right in the web player, with access to the entire Apple Music library on the left side of the interface. With Apple Music on the web, the Apple Music service is accessible on any device that has a web browser, including Windows 10, Linux, and ChromeOS machines. Apple is aiming to make Apple Music as widely available as possible, allowing the company to better compete with other services like Spotify. According to TechCrunch, over the course of the beta testing period, Apple will be soliciting feedback from customers as it works to streamline features and take care of bugs. Those who want to give the new Apple Music web experience a try can visit beta.music.apple.com.Tag: Apple MusicThis article, "Apple Launches Apple Music on the Web Beta" first appeared on MacRumors.comDiscuss this article in our forums 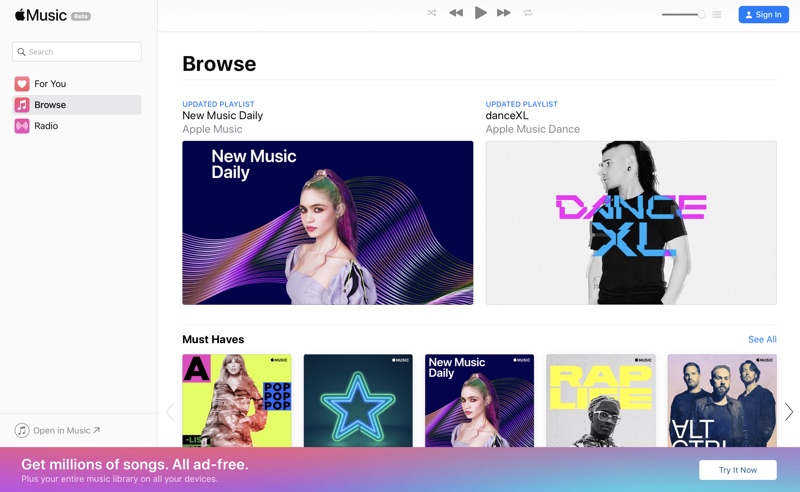