Today marks the 30th anniversary of the fall of the Berlin Wall, and Apple is honoring the day with a message on the German Apple.com homepage. Apple CEO Tim Cook has also taken to Twitter to remember the day. The post Apple marks fall of Berlin Wall anniversary with special tribute on German Apple․com appeared first on 9to5Mac. 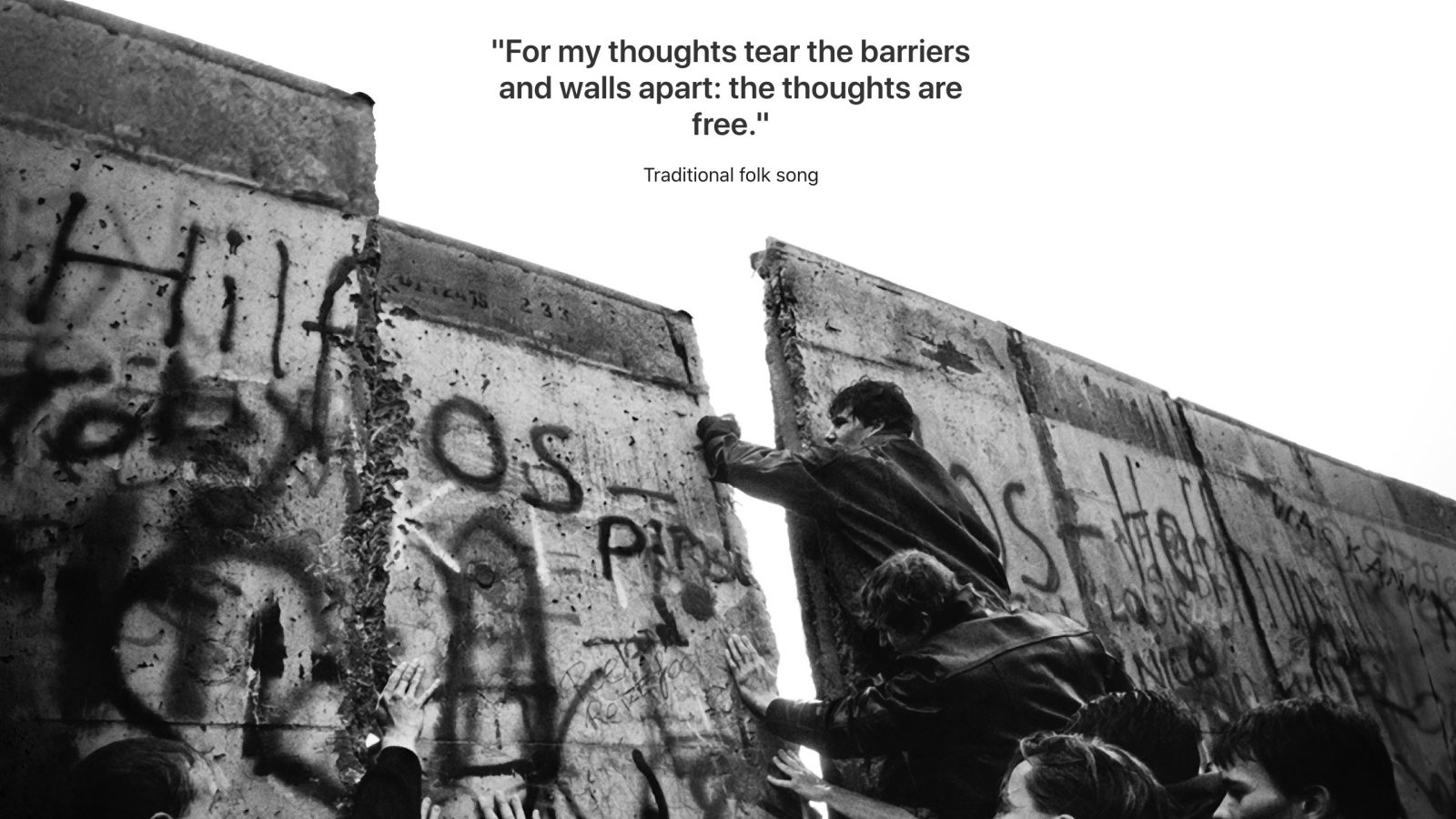