Facebook paid “hundreds of outside contractors” to transcribe user audio clips from its Messenger app, reports Bloomberg. Employees who worked on the transcription were not told where the audio was recorded or how it was obtained, nor were they told why Facebook needs conversations transcribed. Facebook says that while it had indeed been transcribing audio, it no longer plans to do so. "We paused human review of audio more than a week ago,” Facebook told Bloomberg. Facebook’s decision to pause its audio transcribing comes following scrutiny of human review programs from Apple, Amazon, and Google. The three companies use employees to review voice assistant requests and accidental activations for improvement purposes. One firm that Facebook uses to transcribe Messenger conversations is TaskUs, a company that also reviews Facebook content for possible policy violations. Facebook says that users who had voice chats transcribed had opted in, and that the transcriptions were used to make sure Facebook’s AI correctly interpreted the messages. Despite this, Facebook did not disclose to users that third parties may be reviewing audio, which led some of Facebook’s contractors to “feel their work is unethical.” Facebook’s data use policy does mention the collection of “content, communications, and other information,” but there’s no specific mention of audio. Facebook says its “systems automatically process content and communications you and others provide to analyze context and what’s in them.” It includes no mention of other human beings screening the content. In a list of “types of third parties we share information with,” Facebook doesn’t mention a transcription team, but vaguely refers to “vendors and service providers who support our business” by “analyzing how our products are used.” While Facebook claims it has stopped the audio transcription program, those concerned should refrain from using Facebook services like Messenger and WhatsApp. Google and Apple have temporarily suspended their human audio review programs, while Amazon is letting Alexa users opt out. In the future, when Apple re-implements human review of Siri queries, there will be a clear privacy policy and opt-out option.Tag: FacebookThis article, "Facebook Paid Contractors to Transcribe Messenger Voice Chats" first appeared on MacRumors.comDiscuss this article in our forums 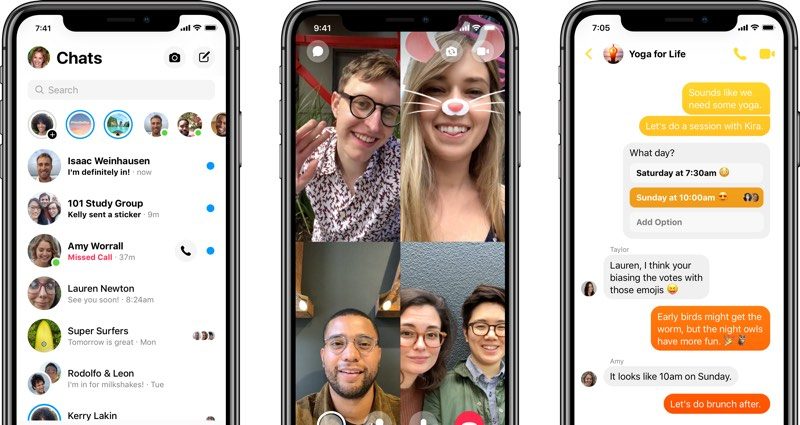 How to Enable Dark Mode in iOS 13