Twitter teased its Topics feature back in August and now it’s set to roll out for all users soon. Topics make it easy to keep up with all the latest news you’re interested in across 300 different subjects including sports, entertainment, and gaming. The post Twitter’s ‘Topics’ feature to follow sports, entertainment, and gaming rolling out soon appeared first on 9to5Mac. 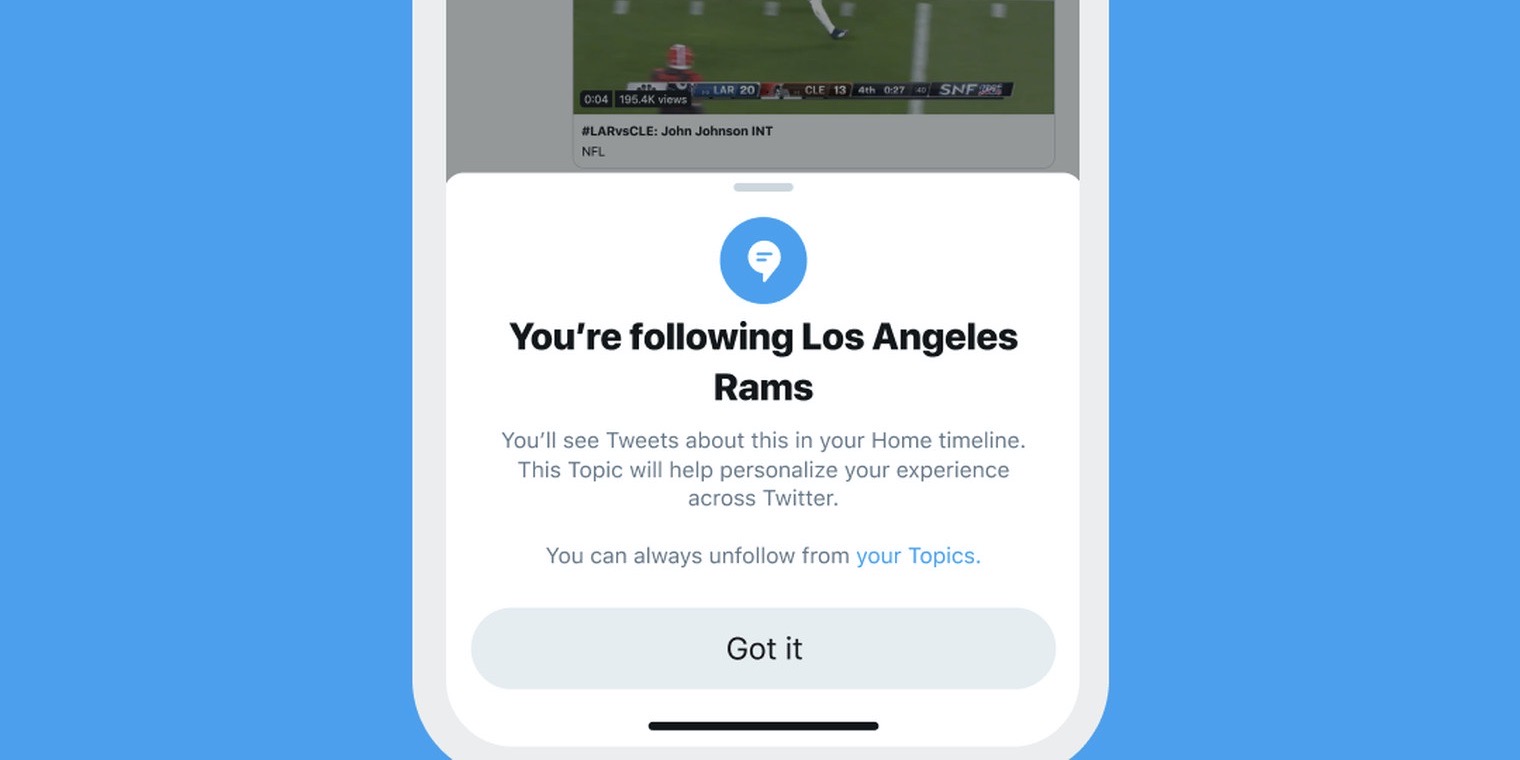